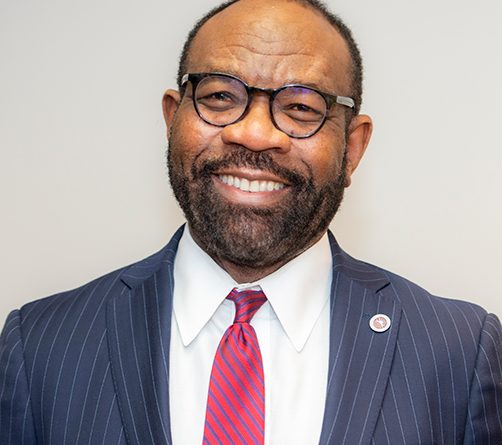 27th Graduation Guest of Honor and Keynote Speaker Dr. Michael Ugwueke, the President and CEO of Methodist Le Bonheur Healthcare in Memphis, Tennessee,  spent time with the graduating class of 2021 in a virtual interactive session where he shared his story of overcoming impossible odds and personal tragedy , holding steadfast to his dream and realizing his life goals. Graduands asked thought- provoking questions from the role of African youth in changing the African story , the future of the continent and the world post pandemic and how education can be used to uplift communities. Grauduands also shared their stories and experiences of their time with Africa University emphasizing the unique campus atmosphere created through its diversity , commitment to student wellbeing and academic excellence.

Dr. Ugwueke said he had no doubt  that the class of 2021 were on their way to greatness and were more than prepared to reshape Africa and the world. He went on to share his personal journey to inspire and uplift the graduating class showing that no situation is too hopeless nor too bleak  to overcome. Born in Nigeria , Dr. Ugwueke’s family lived in a one- roomed home and though poor, happiness was a mainstay in their home. Education was made a priority by Dr. Ugwueke’s mother who though not formally educated herself, understood its value and importance and encouraged her children to pursue it passionately.

In 1967, a deadly civil war erupted in Nigeria making the Ugwueke family refugees. As the family moved to escape the conflict within the country, Dr. Ugwueke and his family  were dealt a blow upon the death of his younger brother from dehydration. This loss spurred his passion for medicine not wanting the same fate to befall others.

In time, Dr. Michael Ugwueke was afforded the opportunity to study  in the United States often working 3 jobs to sustain himself and pay for his tuition while there. His hard work paid off when he managed to complete his undergraduate degree in 3 years instead of 4 , saving himself the burden of an extra year of tuition. His ambitions were again thwarted when he did not manage to get into medical school but undaunted, he took up a masters degree in Public Health . Dr. Ugwueke planned to return to Nigeria to serve his nation but a coup in the 1980’s halted these plans. While living in the US, he never stopped educating himself and through hard work, determination and resilience, rose to prominence for his visionary leadership and passion for exceptional healthcare.

Methodist Le Bonheur Healthcare is ranked in the top 98th percentile of healthcare institutions in the United States and the world. Africa University’s history with Methodist Le Bonheuer is extensive with the funding for the university’s school of Health Sciences  coming from the organization. The Africa University Health Sciences division has grown to become a leader in Malaria research and public health , developing graduates who excel in the medical field.