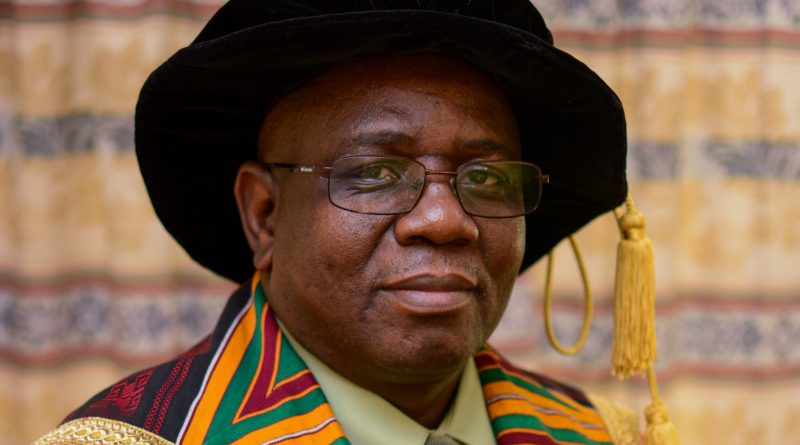 In the early hours of this morning, the 13th of January 2021, our beloved Vice Chancellor Prof. Munashe Furusa passed away.

Professor Munashe Furusa was the Fourth Vice Chancellor of Africa University. He held a Doctor of Philosophy degree in African Literature and Critical Theory, a Master of Arts and a Bachelor of Arts Honors in English, all from the University of Zimbabwe, as well as a Diploma in Education from Bondolfi Teachers College in Masvingo, Zimbabwe. He was a first generation college student and the first in his family to earn a master’s and a doctoral degree. This life experience would go on to drive his passion for providing accessible transformative educational experience to underprivileged individuals.

He joined Africa University in 2014 and under his leadership, the University experienced dramatic transformation including the comprehensive restructuring of its seven teaching units into three Colleges. This leaner structure immediately yielded positive results that saw the University winning major research grants and being ranked second best in the country as well as receiving numerous national and continental awards for excellence in the higher education sector.

Professor Furusa also successfully established public/private partnerships that provided incredible internships and job opportunities for students and the business enterprise development arm of the university . One of his guiding principles in leadership of the institution was led by a student centered approach where in allowing the future leaders of Africa to experience world class service , teaching and research, their ability to dream and eventually realize a truly emancipated, just and prosperous Africa for all would be all the more refined and focused.

Professor Furusa held extensive experience as an academic leader and university administrator. Before joining Africa University, he served as Dean and Associate Dean of the College of Arts and Humanities at California State University, Dominguez Hills. His career at CSU Dominguez Hills included serving as the Executive Director of the California African American Political and Economic Institute (CAAPEI), Chair and Professor of Africana Studies, Chair of the Academic Senate, Chair of the General Education Committee and Director of the Institute for Global Intercultural Peacebuilding. Before joining CSI-J Dominguez Hills, Professor Furusa held numerous positions ranging in scope from high school Principal, to a national role as Chairman of the Zimbabwe Literature Curriculum Development Committee.

Professor Furusa was an esteemed scholar and a prolific author who had written dozens of articles and books. His recent publications included Identity Construction and (Misperceptions on Being Black in South Africa (co-authored, 2014), The Borders in All of Us: New Approaches to Global Diasporic Societies (co-authored) (2006), and African Womanhood in Zimbabwean Literature: New Critical Perspectives on Women’s Literature in African Languages (co-authored) (2006).