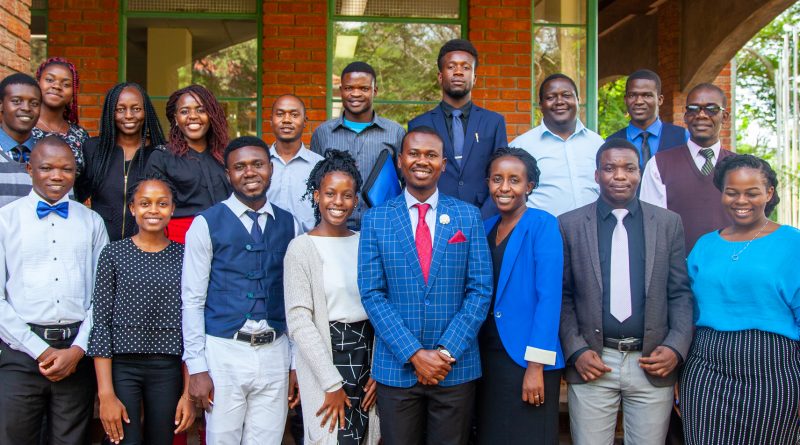 2 March 2020
Story by Jeanette Dadzie
Marketing and Public Affairs Officer
Office of Advancement and Public Affairs
The Africa University Department of Academic Affairs has developed a novel approach to international student recruitment that is shifting from conventional career advising and staff- prospect interactions towards marketing the University to interested applicants through the experiences of its students shared online.

This allows for real- time correspondence and communication with currently enrolled AU students who are on hand to answer pressing inquiries from both parents and prospective students and to shed light on the campus facilities, programmes, and student life. An added advantage this provides is the bridging of the communication gap for those who do not originate from English – speaking countries as the ambassadors are drawn from countries such as the DRC, Angola, Burundi, Nigeria and Zimbabwe.

15 students have been trained extensively in the use of The Access Platform which is an online programme that the University has applied to host real time conversations, chat rooms and allow for greater interaction between the ambassadors and prospects. The role of the Student Recruitment Ambassadors includes interacting with prospective students on live chat platforms, providing application guidance and being stewards of the AU brand. The ambassadors expressed excitement at the opportunity to be able to make such a substantial contribution to the recruitment efforts of the University and to add their own narrative to the AU story.

Tito de Fatima Jorge, a 2nd year student in the Institute of Theology from Angola said, “I have always wanted to communicate with the continent my experiences here at AU especially the opportunities availed to us as students. In my country of Angola, there is so much love and appreciation of this university as there are so many alumni who have achieved success and are leading in various sectors especially in critical needs areas of our economy. A hindrance to really getting the story out there has been language as Angola is a Lusophone country. With the responsiveness of our university management to the needs of its stakeholders, prospective students in Angola for example now have personnel with whom they can interact with in a language they are familiar and comfortable.”

The Africa University campus itself is home to over 12 languages including Swahili, French, Portuguese, Amharic, Lingala, Chichewa, English, Shona, Ndebele, Yoruba, Hausa and Twi. Through this linguistic diversity, the University aspires to translate the Pan- African philosophy into every aspect of its operations ensuring inclusivity at all levels.

Tadiwanashe Makuwatsine (3rd year International Relations, Zimbabwe) added, “I have always believed that I can make a difference and what better way to do that than to serve my University? This is the leadership that we are always talking about where decision making and responsibility is shared collectively especially as it relates to matters of student welfare and training. The exposure that I am receiving through this programme is second to none. I relish the possibility of meeting with and interacting with new people especially if my efforts culminate in the addition of yet another student to this amazing university!”

The Africa University Charter is one of the most inclusive among universities in Zimbabwe and on the continent as it has deliberately made the necessity for diversity one of its founding tenets. It states that a ratio of 60% international to 40% national students must be maintained to ensure due representation of the continent at Africa University.