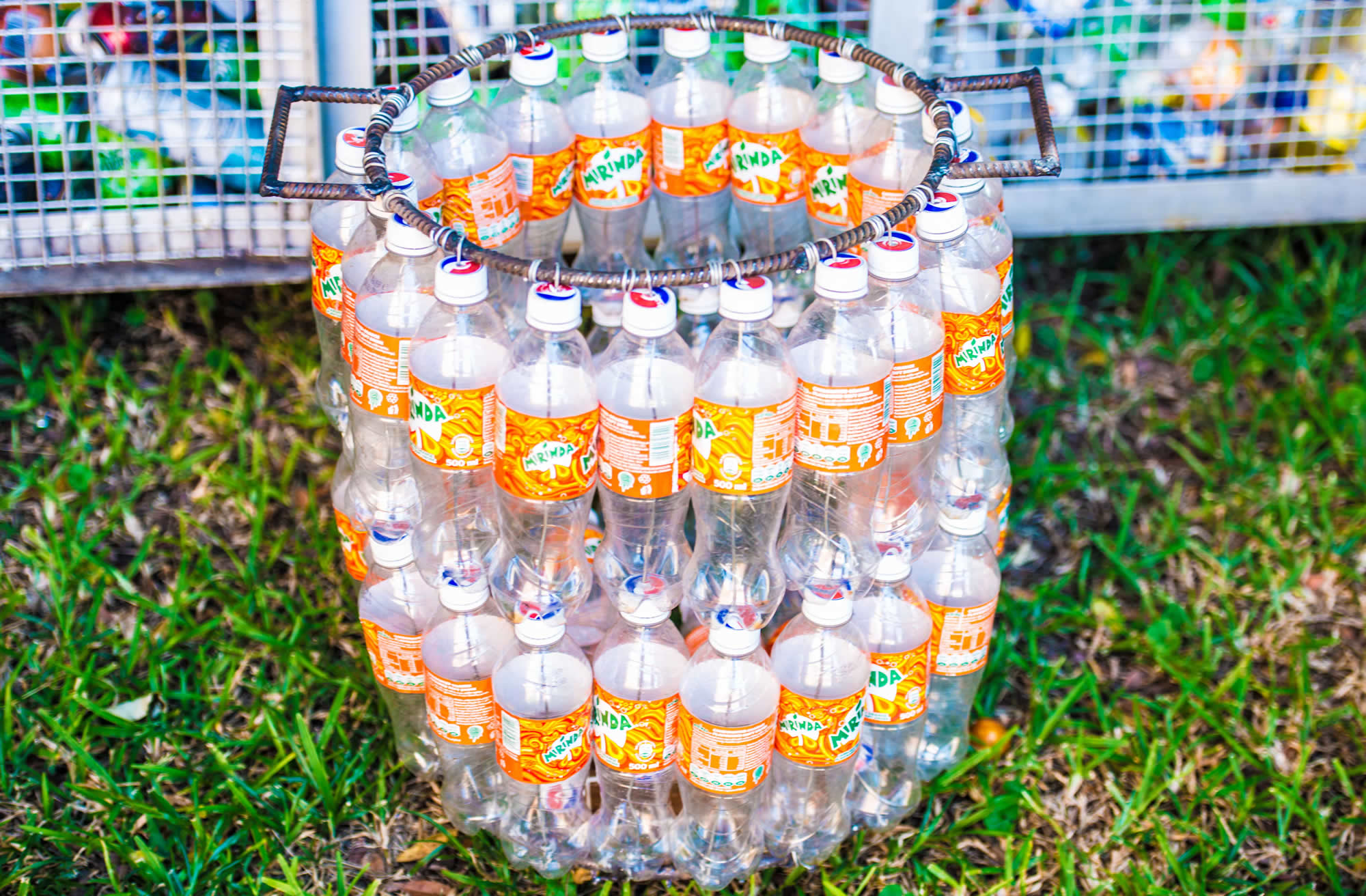 The Environmental Alert Unit of Africa University embarked on a re-use project that entails the repurposing of used plastic bottles and juice cans into small food waste bins. The project is being led by Dr Zanele Furusa who is a lecturer and a champion of environmental activism at Africa University and a second year student, Ellen Tapfuma, who is studying Natural Resource Management in the College of Health Agriculture and Natural Sciences. The bins are a new waste disposal facility that will help the campus in disposing of their waste in hostels while sparking creativity and challenging the end users of the bins to think of other ingenious ways to re-use their waste.

Currently Dr Zanele Furusa and team are working with the Fleet and Facilities Unit under Mr Joseph Gwiza in making the bin frames. The first stage of project involves the separation of waste at its point of generation where plastic bottles are segregated from the general waste and stockpiled into their own dedicated storage facility for processing. The second stage is the creation of the bin frames which then leads into the third and final stage that is the assembly of the bins.

In order to create stewardship and community participation, the project is open to everyone both students and staff with each member of the community having a part to play beginning with the first and most crucial step of the segregation of waste. Dr. Furusa shed more light on the importance of the project saying,

“Re-using waste bottleshelps sustain the environment for future generations and it is also a fantastic and highly innovative cost cutting solution where we make our own bins instead of having to repeatedly replace them.”

The project shows the many facets and calibre of leadership that Africa University is endowed with, where amazing ideas arise from cooperation and engagement. The main objective of the initiative is to create a model that communities outside of Africa University can replicate and turn into businesses. An added benefit is the re-use of plastic, one of the biggest polluters of our environment and the correct disposal of this material which remains a challenge globally as it poses a threat to animal welfare in particular.