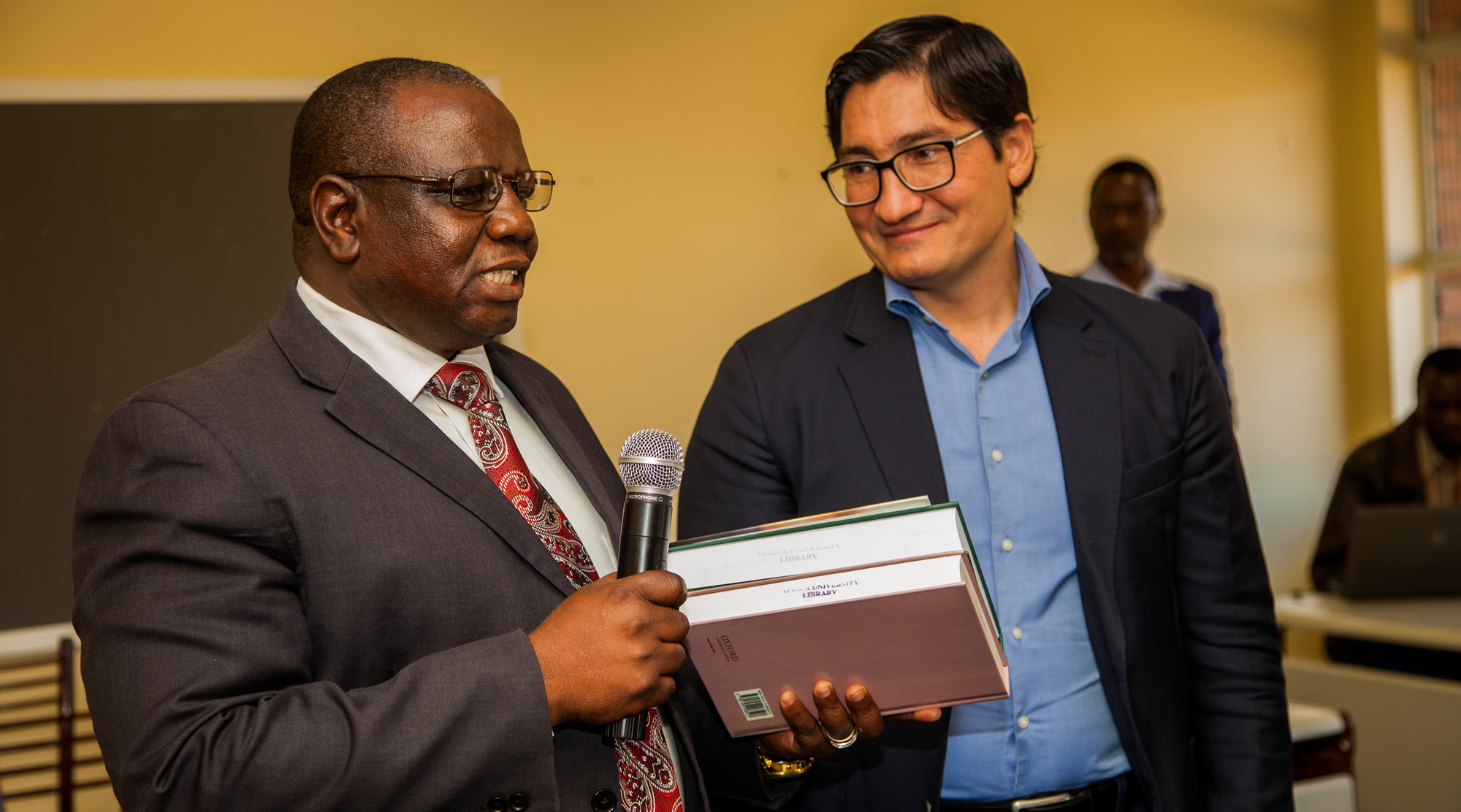 Africa University together with its strategic partners the Raoul Wallenberg Institute based in various locations across the globe (including Lund, Stockholm, Nairobi, Beijing, Istanbul, Jakarta, Phnom Penh and Aman) with funding generously provided by the Swedish Development Corporation, launched the second cycle of the Human Rights Research Methodologies workshop for 2019-21.

The Dean of the University’s College of Business, Peace, Leadership and Governance, Professor Pamela Machakanja, facilitated the opening of the workshop giving a warm welcome to participants.  She went on to offer a glimpse into the breadth of research and intellectual discourse that the college has become a forerunner for in the country and region, with flagship programmes in peace, governance, migration and conflict resolution studies. Representatives from The Midlands State University, Great Zimbabwe University, Zimbabwe Ezekiel Guti University, experts in Humanitarian Law and PhD students from Africa University’s Peace and Conflict Studies were in attendance.

The “Dynamic Dean”, as Professor Pamela Machakanja has become affectionately known throughout academic circles within Zimbabwe and beyond, has made known her passion for the pursuit of a developed and capacitated Africa through the training of community leaders, women, major players in political spheres in Africa and through empowering youth in training them to identify, research and develop solutions to challenges facing their communities. The Human Rights Methodologies Workshop is an example of many similar power partnerships with stakeholders that the College and Africa University have nurtured over the years.

This training formed the second cycle of the capacity building in human rights grant that Africa University hosts which is funded by the Swedish Development Corporation. The renewal of the project speaks volumes of its impact and truly transformational nature as well as Africa University’s ability to deliver on its mandate of being a prime training ground for the development of leaders.

Vice Chancellor Professor Munashe Furusa in his opening remarks acknowledged the partners and thanked them for their steadfast belief in Africa University as a partner of choice. The pivotal role that the Raoul Wallenberg Institute has played in Africa University’s curriculum development of programmes such as the Masters in Peace and Governance, Migration Studies and leadership courses were applauded as a prime example of the benefits that arise out of collective knowledge sharing and generation. He said,

“The Raoul Wallenberg Institute has been instrumental in rendering assistance to our university as we craft our programmes. For this and so much more we are immensely grateful.”

Professor Furusa went on to announce the accreditation of the Africa University Law Degree by ZIMCHE, a development that was received with excitement as Africa University positions itself to offer programmes that are in response to the needs of the country and the continent.

According to the Confederation of Zimbabwe Industries in its annual meeting in Victoria Falls held from the 22nd to the 26th of July 2019, Zimbabwe is currently experiencing a dichotomy between its literacy rate and skills requirements which reflects a gap, with the nation being largely under skilled in the law field in the region of 75%. This makes AU’s launch of its Law programme timely.

Dr. Alejandro Fuentes, one of the facilitators from the Raoul Wallenberg Institute also praised the steadfast relationship between the two institutions saying,

“I view Zimbabwe as a personal friend of mine and the Institute. We love being here and working here. As the Raoul Wallenberg Institute, we aim to develop capacity worldwide in research and training in the field of Human Rights. Our Institute was founded in honour of the Swedish diplomat Raoul Wallenberg who during World War 2, was posted to Hungary where he innovatively pursued the human rights of Jews who at the time were gravely persecuted. It is in this spirit of serving humanity that we press on with his legacy to capacitate others to also fight for the human rights of others. Our work focuses on research around equality, gender and inclusion. We seek to build and encourage a culture of competent and impactful research that is conducted by competent and impactful researchers who understand how to articulate a problem and how to proffer solutions within the context that they arise.”

The Raoul Wallenberg Institute also donated to the Africa University Jokomo Yamada Library 280 text books on Human Rights Law, Migration, Refugee Protection and Conflict. Africa University faculty from across the three Colleges were consulted in the procurement of the texts so as to ensure alignment to course materials and source the foremost publications in the respective disciplines.